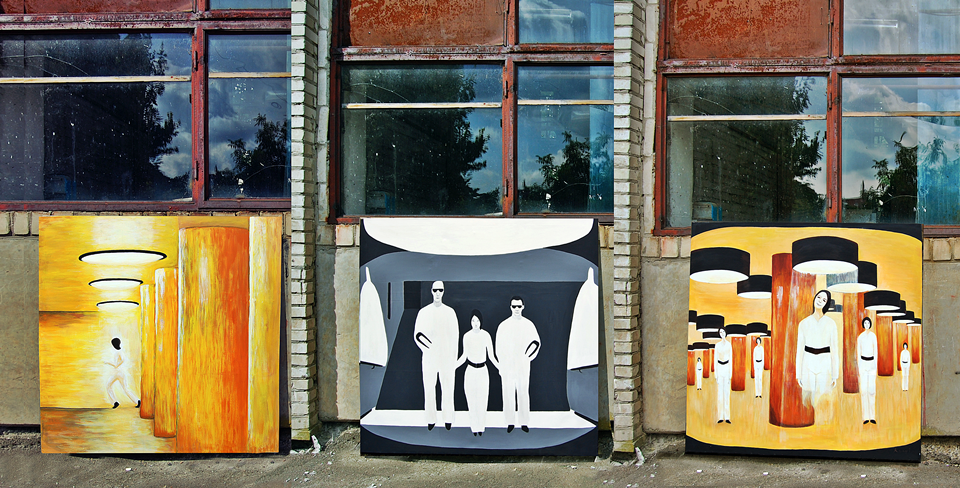 The theory that the universe is a hologram of high resolution, appeared in 1997. According to it, the model of all of our three-dimensional reality, including time,  is limited within flat dimension. That is, everything we see, hear and feel in our three-dimensional world is actually in 2D.
In the same 1997, the retro-futuristic musical project “Electrostar” released a video clip “The Future Was Yesterday”, which unfolds a story about the adventures of the hologram.

The series “Flashforward with a hologram” consists of three paintings: “Escape,” ” Hologram’s Capture” and “Returnіng”, as well as their projections in the environment. Only the projection is exhibited in the gallery.

Performance 06/07/18 at “Carbonarium” festival in Kyiv